This rating community does not rate you for how scene/punk/goth/hardcore/preppy/nerdy you are, what you look like, what kind of clothes you wear, how many obscure bands you know, or how nonconformist your friends are.

Instead it rates you on your personality only.

Applicants
1. Make a conscious effort to use proper spelling and grammar. If you use internetspeak, you will be banned.
2. LJ-Cut. If you don’t use one, I’ll give you one warning. If you ignore that warning, then you will be banned.
3. Put “I'd point that shit straight at the sky, and shoot heaven on down for you” as your LJ-cut, just so that we know you’ve read the rules.
4. Make your answers long and interesting. Please try to make a big effort in this application.
5. Treat the MODs as if they're Gods and the members as if they’re royalty. If you’re rude you will be automatically rejected and/or banned.
6. Don’t post or comment/vote unless you’re a member. If you do you’ll be automatically rejected and/or banned.
7. I’ve left the application up to interpretation in terms of colors and bolding. Make sure you differentiate between the questions and the answers, and don’t make the colors two bright or I’ll reject you for blinding me.
8. If you’re rejected, leave with grace. You’ll be given a 1 week period before you can apply again. If you’re rejected a second time, don’t bother applying again. If you start shit because you were rejected you’ll be banned.

Accepted Members
1. Be honest. Don’t sugarcoat things. Don’t be overly rude, as I don’t want this community to get a “bitchy” reputation.
2. There is an option to post a few pictures on the application. If I see anybody rating them on basis of what they look like, I'll ban you. You are allowed to comment on it as an afterthought (as in "you're so pretty") but don't give that as a reason. Please)
3. Give reasons for your vote. “I’m having a bad day” or “I just don’t like you” is not a good reason. Use the “+/-’’ system as much as you can. I will give you one warning if you put nothing, “.”, “/” or anything like that in the body of your vote. If you fail to stop doing so, you will be banned.
4. PARTICIPATE. If you do not vote on 7 consecutive applications, I will remove you from the member’s list. If you then want to reapply, you have a week after that. If you need to leave for a certain period of time, let us know so that we don’t think you’re inactive. PARTICIPATE IN THEMES. That’s what they’re there for.
5. Promote to get this community up and running!
6. You can post pictures or small things, but do not use this like your real journal. We know you have one, you have no excuse.

What I like:
What I dislike:
Colors:
Foods:
Drinks:
Favorite Band (no more than three, I can’t stand looking through all of those bands):
Favorite Movie (same thing):
Favorite Book:
Favorite Celebrity:
Have any odd fears or pet peeves?
Least favorite Vegetable:
How do you feel about cheese?

Legalization of Marijuana:
Global Warming and the Environment:
What is your opinion on the death of Terry Schivaio?
The President:
What do you think of the evolution/creationism debate?
Dr. Seuss:

What makes you deserve a star?
What makes you tick/happy?
What do you think of the MODs?
Choose a member and fawn at their feet by complimenting them madly:
When are you at your best?
Would you like some green eggs with ham?
If someone asked you to drop everything and travel the world with them, would you?
Name a song that defines your life at this very moment and explain why:
What is the most pointless job/profession?
What is the airspeed of an airladen sparrow?
Do you fart?
How did you find this community?

Pictures (Optional, if you don’t feel like posting them, don’t. No more than 5. But it would be nice if you put a small picture up that I can put on the userinfo):

If you do have pictures:

The best picture of you that you have:

Random Pictures (if you're a photographer, this would be an awesome time to show off your stuff):

Promote ( two promotions, only to get this community started) and proof: 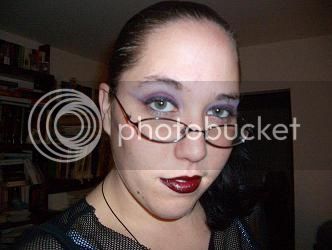 azudn- Banned for posting a post that was not her application, and not posting an application after a 24 hour warning.

stuck_in_space- Banned for not posting an application after a 24 hour warning.

vibrainium- Banned for reacting badly, deleting her comments, and then leaving before everyone could vote on her