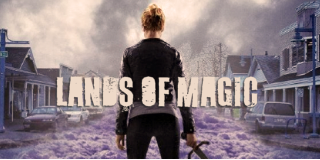 lands_of_magic is an interactive challenge community (landcomm) based in all types of fantasy, sci-fi, and supernatural fandoms, including superhero and horror genres that ran on LiveJournal for over four years and is now making its debut on DreamWidth! We have two teams, The Summer Court and The Winter Court, and though our first round here on dreamWidth doesn't start until October 6, we have a few activities open right now for early joiners to get a jump on earning points for their team! Come join us today!
Be sure and mention green_wing as the one who referred you, that way I can claim a point for my Team :)
I'd like to claim Luna Lovegood from Harry Potter.
Thanks.

I like this idea for a claims community, very neat. :)

Mr. Lordi of Lordi
Data from Star Trek: The Next Generation
Usagi Yojimbo from Usagi Yojimbo

Lets use all three at once shall we?

Numair Salmalín from The Immortals quartet by Tamora Pierce

I would like to claim David Cook from American Idol.

I'd like to claim Claire Redfield from the Resident Evil series.

Mrs. Brisby from Don Bluth's The Secret of N.I.M.H.

I would like to claim Wonder Woman, please. :)
(She was claimed by another member, but their account has been deleted)
Collapse