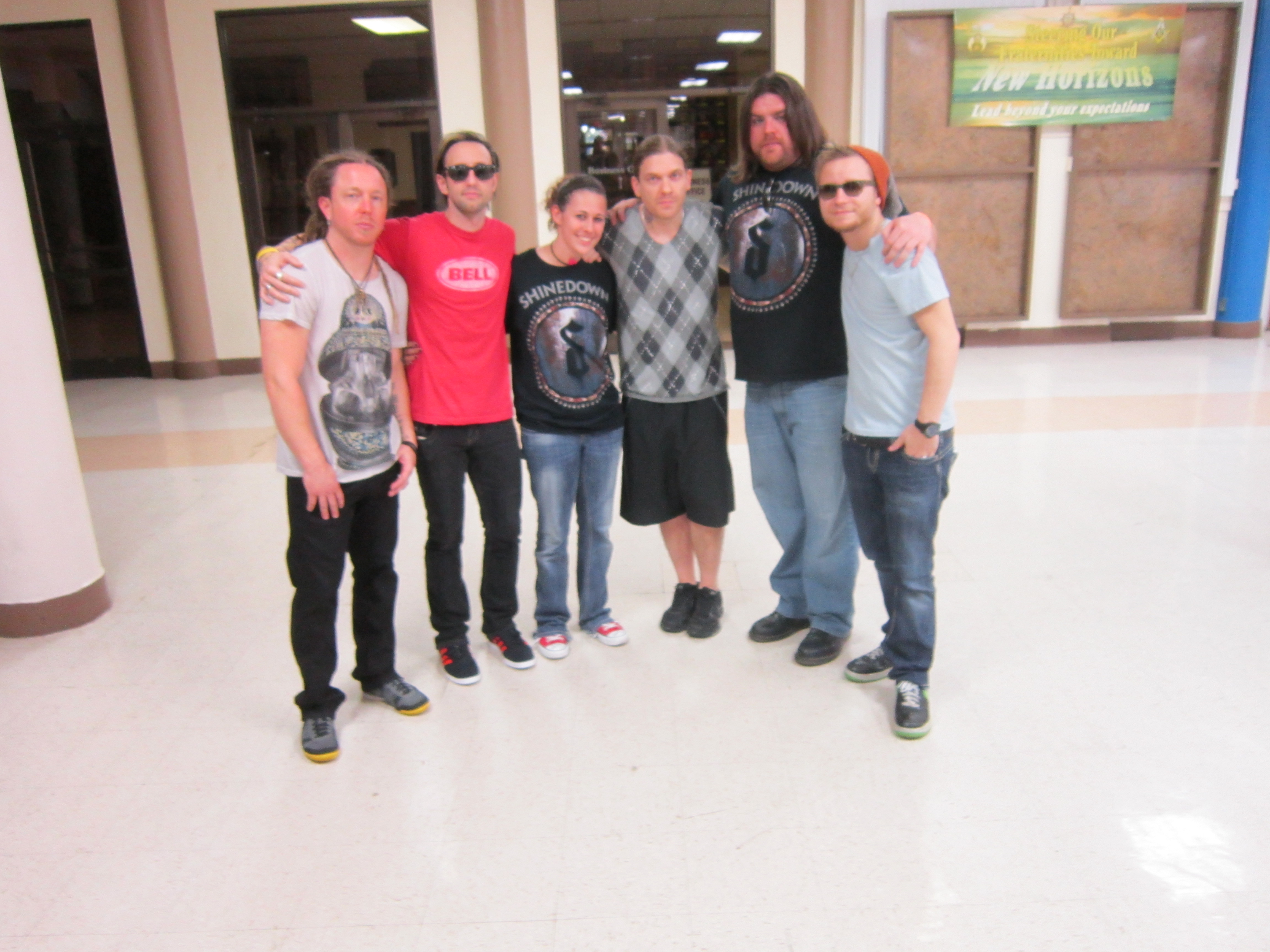 My boyfriend and I got to meet the guys back in April, such sweeties. I had the wonderful honor of standing next to Brent Smith!!! ;) I also got Brent and Eric to sign my shoes ;)

Shinedown are on the cover of Black Velvet with a 4 page feature/interview inside (plus concert review in the concerts section).

More info including how to get copies can be found at http://www.blackvelvetmagazine.com

12 photos of Shinedown from Download Festival on Sunday are up at http://www.blackvelvetmagazine.com/shinedownphotos.htm

The issue of Black Velvet with an interview with Barry in is out now. Visit http://www.blackvelvetmagazine.com for more info.

Just thought I'd let you know that the next issue of Black Velvet (UK independent magazine) will include an interview with Shinedown. The interview is with Barry. The issue will be out at the very end of this month, although there's a bit more information about the issue at http://www.blackvelvetmagazine.com/nextissue.htm (you can order copies in advance to be mailed to you, for example).

Is anyone here going to see Shinedown this coming Saturday the 27th @ 93xFest in Memphis, TN? It's going to be at Mud Island and it all starts at 4:30pm.

Hi y'all!  I'm looking for some good Brent Smith/Shinedown icons.  Anyone know a place where I can find some?  Thanks ;)
Lido on the Beach Cabaret in Cocoa Beach is hosting a Summer Concert Series. This upcoming Wednesday, catch Push Point at 104 Cleveland Avenue in Cocoa Beach (visible on A1A). Doors open at 8pm.

for more info or come party at Lido's this weekend and make your Memorial Day Weekend truly memorable.

did any of you see shinedown on tour with godsmack and zombie?
Those are the 3 times I've seen Shinedown. I just love them. Their music has been a big inspiration in my guitar playing. Each time they have dedicated Simple Man to Dimebag..it rains. It's just beautiful.

I'm such a dedicated fan. The next time I go to a concert of theirs I want to try to get a backstage pass somehow. I need to get some more guitar pointers. I've played for 2 years or more but I'm nowhere near where I want to be.

A few weeks ago when I saw them..I was waiting on them to play Shed Some Light...but they never did. It was a bummer. But they played some more amazing songs from their new album. I think I will always like the first album more than any album they could do. Because the point &time I was in my life when that album released. It got me through a lot of shit.