ON AIR AT 2pm Central TUESDAY!

If you live outside of the broadcast area(Tuscaloosa, AL), you can hear my show online at the new location here; (Link on bottom left of the page.)

You can e-mail me in advance for requests or request to get on the set list register at messagetoyourudy@hotmail.com.
The complete playlist will be listed here immediately follwing the show.

I need to find a cool place to rent out for my birthday. Possibly in san francisco or berkeley. something along those lines. I am also looking into santa cruz and swing clubs but I cant to seem to find many. Can anyone recommend anywhere? There will be bands that I want to play so that makes it a little more difficult. Please help me.

Huge Ska Fest coming up in Knoxville, Tennesse. bands Mustard Plug, Planet Smashers, Perfect Orange, Suburban Legends, Mu330, and 23 more are playing at the old city. is anyone else going? it's 10 dollars plus 5 cans of food to get in, because the whole thing is going to benefit the Second Harvest Food Drive.

today is Clement Dodd's birthday PEOPLE!! raise you glasses and dance your ass off. 'Cause he like it that way. 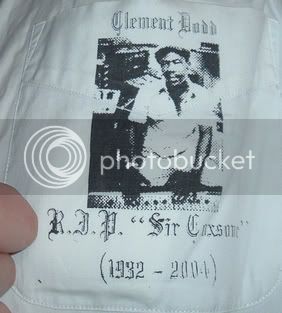