Petition against the UP cat killer

Target: Faculty of the University of the Philippines, Diliman
Sponsored by: Ted Teodoro

There are over half a million stray animals in the Philippines, and this is the story of just one of them. Tengteng was a month-old stray kitten who lived precariously on the grounds of the University of the Philippines at Diliman. Those who knew her spoke of a kitten who benefited from random acts of kindness including handouts of food, water, even a new collar to make herself look pretty. She enjoyed fleeting but happy moments with students who gave her a scratch or two, a tummy rub, and  pats on her head. The only known photograghs of Tengten are the ones you see on this site. One can say that Tengteng was not as hard up as other strays in the Philippines, but she was without a regular source of food,  a home and a family to protect her.

Tengteng, like all animals, was God's child. But her life came to an abrupt end when on April 13th a second year physics student named Joseph Carlo Candare took her life and bragged about it on the web. On his blog entry for that day, Mr. Candare mockingly called Tengteng's death " an accidental Crime." However, by other accounts, Tengteng's killing was a deliberate and blood-thirsty attack fueled by Mr. Candare's visceral and sadistic hatred of cats.

Mr. Candare was described as taking a running start, leaping into the air, and then landing on Tengteng with the full force of his weight and momentum. Tengteng, who could not have weighed more than two pounds, was crushed under the grown man's weight. This was a conscious act, and Mr. Candare had ample opportunities to change his mind. Whatever life was left in Tengteng's body, the last few ounces of strength she had, enabled her to seek shelter in a hovel where she ultimately died moments later, alone.  The imagery is horrifying, but we have been spared the deathly sounds that must have been blood-curdling. The agonizing scream of a kitten, the crushing of her bones, the taunting of the victor over the vanquished, it was a triumphant moment for one but unnecessarily tragic for another.

Why should we care?

Some have argued that we care too much about a kitten who did not belong to anyone. Some said tha there are many strays; why care about this one? All animals deserve respect. When we disrespect an animal, that says more about us than the animal. It is not how many animals are abused, but it is the knowledge that a most heinous crime was committed on a defenseless and sentient being that behooves us to act. Such acts, however singular, offends our sense of decency and righteousness. If there is one abused animal, then that is one too many. When we are confronted by cruelty, we must address it. Acts of abject cruelty towards animals, like Tengteng's killing, are simply unacceptable.  It is up to the enlightened and the compassionate to stand up and speak in behalf of those on the receiving end of humankind's brute  force.


Why take my word for it?

You do not have to. I am reproducing Mr. Candare's blog entry for your perusal. Here, you can read his own words, his self-confession as a serial killer of cats, his disingenuous pang of conscience, and his not-so-veiled threat to kill more in a month ( English translation in brackets) :

"An Accidental Crime. First day sa supercon. Lunch time came. On our way out of old NIP I saw the cat I almost killed last Tuesday. Now everyone knows I hate cats. It's an unexplainable feeling towards them. Like some internal hatred. Hindi ko talaga alam kung bakit pero anumang pagpipigil sa sarili ay hindi sapat upang mapangibabawan ang panggigil ko sa mga pusa. [ I don't really know why my self-control is not enough to overcome my hatred of cats ]  I pulled it on its tail and threw it. Then like some pro wrestler I jumped on it and my feet landed on it's torso. Slam! Felt good! But the cat didn't die, well not yet. It ran for its life and just as I was about to catch up on it somebody yelled: " Pwede bang pabayaan mo yung pusa?!" [ Can you leave the cat alone? ]. It was instant and involuntary. I stopped on my tracks. Nobody ever stopped me when assaulting cats. Well I guess there's always a first time for everything. The cat got away. Or at least that's what i thought. So we went to lunch Mel, Jayson, Tracy and me. After lunch, balik na sa kung anumang naiwang gawain [ we went back to whatever unfinished work we had ]. Then Tracy and Mel told me " Hui Jc napatay mo yung pusa" [ Hey, JC, you killed that cat ]. Hours later, habang abala sa XRD [ while busy at XRD ], a guy came in. Tanong niya: " Sinong pumatay dun sa pusa?" [ He asked, who killed that cat? ] Bang! Dat was me boi. Guilty as charged. I didn't see it die pero sabi ni Myles [ but Myles said ] it coughed up blood or at least something like that daw. Didn't realize I gave it a fatal hit. This isn't the first time I've killed a cat but this time it's different. It didn't occur to me back then that the cat had a leash. So I think somebody owns it. Well it's very well loved in NIP from what I heard and I just ended it's life. So there you go I'm sorry. And I wont be striking another one for maybe about a month. It feels good when your beating it(a cat) up but you suddenly feel something strange when it turns off permanently. That's how I feel right now. And maybe for the next days. Dang, am I a cat serial killer? "

To Whom Should We Appeal?

We are appealing to the high officials of the University of the Philippines at Diliman (U.P.) namely Dr. Sergio Cao, Chancellor of UP, Dr. Arnel Salvador, Director of the National Institute of Physics at UP, and to Dr. Caesar Saloma, Dean of the College of Science UP.

I am asking for one thousand signatures. If you agree with the spirit of this petition, please sign it and offer your opinion for the benefit of these learned gentlemen. I will post updates when new developments occur. I thank you for helping engender a more compassionate Filipino society.

05/02/09 I had Mr. Candare's name as John C. Candare in the initial post because he presented himself as such on another blog, but someone corrected me. His real name is Joseph Carlo Candare.

05/02/09 You may express your outrage but please no personal threats against Mr. Candare. I have to submit this petition to UP officials, and I want it fair and clean. Substantive comments will greatly help the impact of this petition. Thanks. 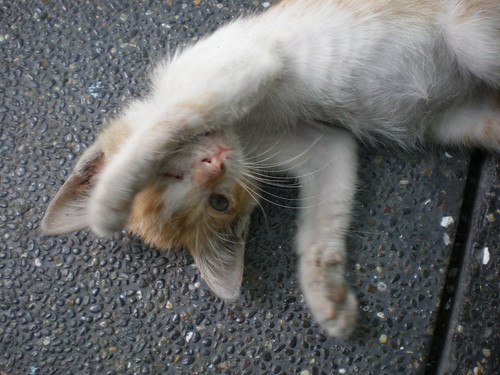 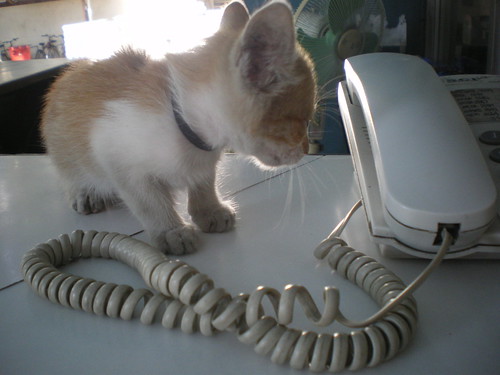