I have been on a quiet, lonely, mission to bring this community back to life.

In the wake of all things current -- I enjoy that this once existed to welcome everyone.


Would love to get some input from past members.

Please email me: s.represent at gmail.com

“Dear Susana. Do you know your history? Did you forget your roots?” 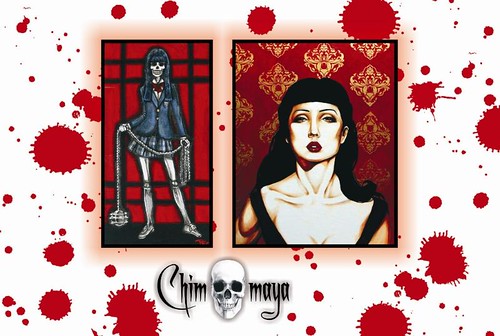 What began as a cultural curiosity, has now grown to become a
'significant' yearly celebration of communities throughout the
world, and is celebrated in one form or another around the globe.

With each new piece of art she creates for ChimMaya, Julie's work
consistently captivates and charms our audience.

Almost a year in the planning and execution, this show is a much
anticipated compliment to the annual DOD show.

We invite you to meet Julie Zarate, ChimMaya resident artists,
and the many invited artists featured in 'Muertos 2010'.

Mexicano and Salvadoreño culture have become a big part of who I am because of who I love - my family by my marriage - but I won't dare appropriate any part of it, out of a deep and profound respect. A party has been scheduled among some of my partner's family, who I believe are from Zacatecas, and are deeply traditional. I made a big deal about not dressing the part because I feel, as a white man, that it would be an open act of disrespect. The Culture is an important part of me, but it doesn't belong to me. It is not mine to take and leave as I wish. Thereofore, I feel I have no business appropriating any part of it. For me to waltz in there rocking traditional vaquero or ranchero garb, IMHO, would be nothing short of blatant mockery on my part.

"Bestow great attention on the Spanish language, and endeavor to acquire an accurate knowledge of it. Our future connections with Spain and Spanish America will render that language a valuable acquisition. The ancient history of a great part of America, too, is written in that language."

I’m going to use the R word. Yes, that freakin’ R word; a distant cousin of the race card. If there was ever a way to make mainstream America roll their eyes at you it’s by pointing out a very obvious truth: Hollywood seems to hate latinos. There, I said it.

Clearly, I’m being dramatic with my statement but let me elaborate. 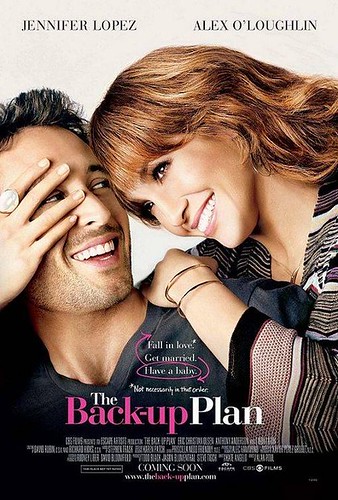 In my ongoing attempt to be a good boyfriend I joined my significant other to see a chick flick last night. On the menu was Jennifer Lopez’s new movie “The Back Up Plan”.

I don’t know if it’s the fact that I am sitting at SFO at 5am waiting for an early flight to Los Angeles but the movie rubbed me the wrong way.

Why is Jennifer Lopez white…again?

Raise your hand if you believe there is a lack of white actresses in Hollywood!

Ok, so there goes that argument.

My bone to pick with this film was that while everyone in the film is white, J-Lo clearly looks latina and she is cast to be white.

Some of you are thinking: so?

The first part of this is my gut reaction. I’ll get to analysis in a second. 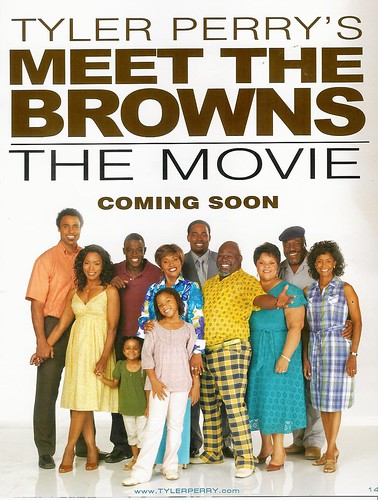 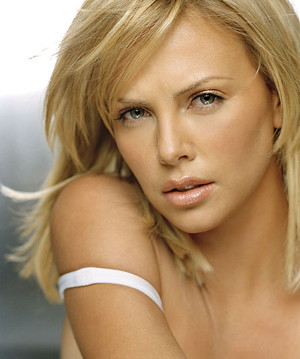 How utterly nonsensical would it be if there was an all-black film like Tyler Perry’s “Meet the Browns” (pictured above) and the main character was Charlize Theron and I told you she was black and their daughter? Would you buy it? Would you think it was absurd?

(insert jokes here about her being South African)

Now, let me make something clear: I’ve seen dozens if not hundreds of movies where latinos and Latinas play gang members, maid, gardeners etc. I have NO problem with that. Lopez actually plays a maid in “Maid in Manhattan”. I am ok with that. There are many latinos in service jobs in the United States and I am very proud of the work ethic latinos have. 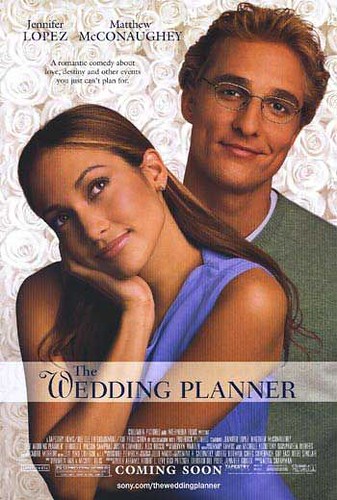 Why is that it is so untenable that the writer/director/producer would have a latina play the main character in Break Up Plan? It really makes you think, no? It didn’t need to be an “ethnic” film. She could have been named Flor, Maria, Barbara, Sofia. Shoot- she could have kept her name Chloe or Constance or the whitest name you can possibly think of for all I care. They could have made her grandmother a latina who never spoke Spanish or in some shape, way or form let us know that she was latina and I would never have written this ratn. Hollywood went OUT OF ITS WAY to make J-Lo white. Why is that? Would mainstream America not watch this film if she was latina? Think about all the roles J-Lo has played? Do you ever wonder why she always dates a white man?

I wish this was the first time too. Remember “The Wedding Planner”? Remember the Italian-American wedding planner? Her name was Mary Fiore. It was far too difficult to cast as her latina so they made her Italian-American. You know, that way Americans would feel more comfortable paying $11 to see the film.

I won’t even get started on why she dates white men. There must be a short supply of attractive latino males in Hollywood, right?
*more crickets *


“Here is a list of Jennifer Lopez white male love interests in romantic comedies:
Matthew McConaughey was the male lead in the 2001 film “The Wedding Planner.”
The British actor Ralph Fiennes was Jennifer Lopez romantic partner in 2002′s “Maid In Manhattan.”
Michael Vartan was the male love interest in “Monster In Law” in 2005.
If you are paying attention, “Maid In Manhattan”, “The Wedding Planner”, and “Monster in Law”, were all hits at the box office.
In fact, the biggest hit of Lopez career was “Maid In Manhattan” the interracial comedy made $94 million dollars at the North American box office.
However, in 2006, Jennifer made the independent film “El Cantante” with her husband Marc Anthony. Although El Cantante wasn’t a great film, the fact that is Lopez’s Latino husband Marc Anthony was the male lead.
The result was, “El Cantante” only made $7 million dollars at the box office. Although, “El Cantante” wasn’t a bomb because it was an independent film it was not a hit. “El Cantante” also received vociferous film reviews.”

I apply the same logic. I gather from this film that despite J-Lo clearly being latina we are not so subtly being told that Latinos have no place in these movies.

Am I against Latinos dating white people? Not at all. I am currently dating a white woman and am perfectly happy with the idea of interracial dating. The question is: why is it so taboo for latinos to be latinos and for latinos to date latinos on-screen? I can assure you it happens in real life if you haven’t noticed. Why do we have to whitewash a film in order to make it more appealing to mainstream America? Think about that one. 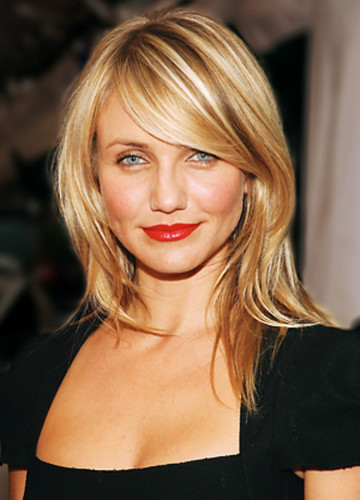 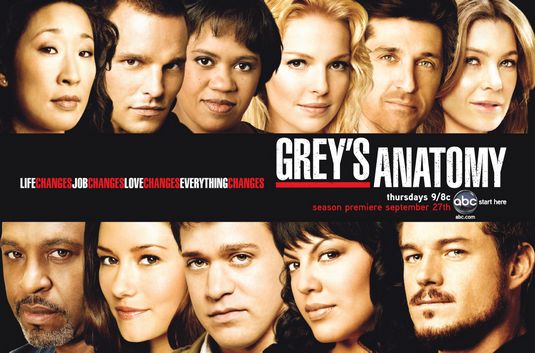 There are very successful shows on television that are mostly black and incorporate latino and white characters very well and are mainstream. You probably didn’t realize this but think of Grey’s Anatomy. The writer, Shonda Rhimes is black and does a wonderful job is portraying blacks, latinos and whites in overall positive roles as surgeons. I don’t know if you ever stopped to think about it but in the first season the chief was black (Chief Webber), the hot shot surgeon was black (Dr. Peston Burke), the hardcore surgeon teacher was black (Dr. Miranda Bailey). There was even a latina with a name I would consider to be white (Caliope) but her last name was Torres and her parents were very rich and clearly latinos in their accent. The show also has an asian character Dr. Yang and it is clear she is asian. My point here is not revolutionary; you may not even noticed how diverse this show was or that it was written by an African-American woman with a lot of black characters. And that is the beauty of life in America…it is diverse. It isn’t revolutionary to include minorities; most people won’t even notice.

Grey’s Anatomy is an example that there need not be an ethnic revolution going on; just respect for the cultures you so obviously cast.

This is my beef: if you are going to go through the effort of casting a brown latina woman like J-Lo she should be a latina in the film and have it be clear that she is latina. As far as family, Latinas should have latino parents and family the way nature intended it to be… otherwise it is flat out insulting. Now, if you go ahead and cast Cameron Diaz (Cuban parents) feel free to cast her as white and you won’t get any objections from me. I’m not that picky. J-Lo is an easy target because she is brown and almost the gold standard for what a latina looks like. 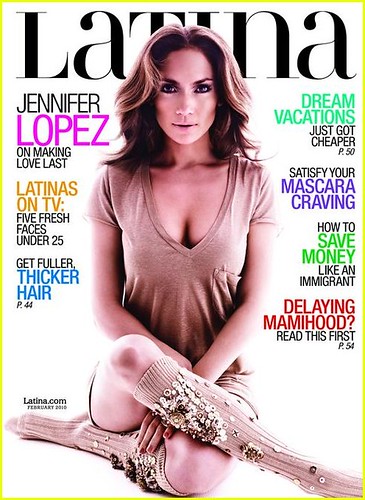 As a light-skinned latino I’m not trying to put white latinos down, but we clearly have a prominent place in Spanish (and by Spanish I mean latino) television. My point with looking at J-Lo is that when people think of latinos they think brown, and J-Lo is brown and has very latino features. There is nothing racially ambiguous about her.

I’m not being radical, I’m not a member of your local Mecha chapter…it just makes sense.

Sorry, that’s what happens when these minorities start thinking. Things get craaazy!

I got this through e-mail today. Passing it along:

Please veto SB 1070. This appalling bill has chilling repercussions, especially for all Arizonians,--especially Latinos.
This bill has the potential to turn Arizona into a police state which practices racial profiling, something I am sure you do not support.

According to the Los Angeles Times,“The bill, known as SB 1070, makes it a misdemeanor to lack proper immigration paperwork in Arizona. It also requires police officers, if they form a ‘reasonable suspicion’ that someone is an illegal immigrant, to determine the person's immigration status.”

This means that anyone who walks in Arizona can be charged with a misdemeanor if you’re not carrying identification to prove you are a legal resident—including U.S. citizens for something as simple as having an accent and leaving their wallet at home.

This bill appears to mandate racial profiling. Please protect the people of Arizona, by vetoing this unjust bill.

To take action go to: http://action.ufw.org/page/speakout/az410

I’m doing a group project for one of my Advertising classes. The assigned target market is Hispanics/Latinos/Latinas. This short survey is regarding vacations. Please help fill it out.

Stupid census telling me that Latino/Hispanic is not a race and then giving me such a limited set of choices. I ended up checking both White and American Indian (writing in "Unregistered" instead of a tribe name). I hope that counts. I'm mestiza~

Anyone else feeling ambiguous about this whole "race" category thing?