I made these for

couples20in20, took me forever to even start making them!
Finally done. 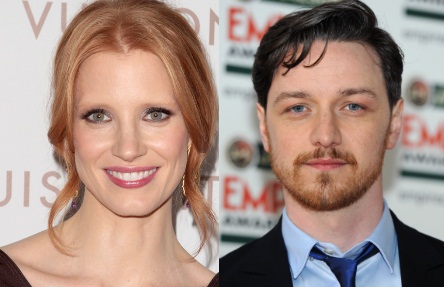 James McAvoy (Atonement, X-Men First Class) will star opposite the previously announced Jessica Chastain (The Help, The Tree of Life) in the double-feature film project The Disappearance of Eleanor Rigby: His and The Disappearance of Eleanor Rigby: Hers, Myriad Pictures announced today. The project was previously set to star Joel Edgerton in the role.

Ned Benson (In Defiance of Gravity) wrote the two scripts and will direct both films.

The love story explores how a married couple in New York City deals with an emotional, life-altering experience, from the two different perspectives of the husband, Conor, (McAvoy), a restaurant owner, and of the wife, Eleanor, (Chastain), who goes back to college.

Myriad CEO Kirk D’Amico said, “I am thrilled that we can share the excitement of James joining the cast with our buyers in Cannes, who have been so enthusiastic about the project from the beginning. James is one of the finest actors working today and I look forward to seeing Ned’s rich, complex characters come alive.”

“'The Disappearance of Eleanor Rigby' represents an alternate approach to content,” continued D’Amico. “New distribution models make it creatively possible for feature films to break out of the format of one 90-minute experience.”

But both films will be stand-alone movies. D’Amico added, “We have to make both films work on their own, both for the buyers but also for the audiences. Together these films will describe a fully, more complete look at these characters and their lives.”

Cassandra Kulukundis (A Late Quartet, In Defiance of Gravity) is producing and will also serve as casting director. 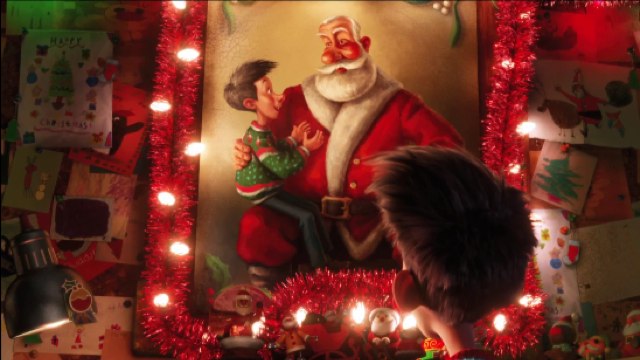 Santa Claus. He's rather like the parent we eventually shipped off the the old folks' home after we became tired of all the loud and annoying antics. But that's not how it should be! Discovering the flaws of your loved ones should bring you together, not tear you apart — at least that's the message of Aardman Animations' Arthur Christmas. And the film's star, James McAvoy, is here to tell us why Santa Claus doesn't care about you (and why that's OK).
I saw Arthur Christmas and it made me cry (a lot), so thanks for that.

James McAvoy: It made me cry too!