So Im making a bunch of james icons as I type this and came across this pic. It made me crack up!

I've been obsessively building my James Marsden filmography collection for years now (used to spend quite a fortune on eBay to track down his rarer works) and I was curious to see who else owns (or has seen) his various movies...

is this just me and my biased warped brain, or does anyone else think that dale from big brother looks like james marsden? even if only a tiny bit! i think it's more when he smiles :/

what is your least favourite james movie and why?

mine's the alibi (or lies and alibis, whatever you know it as). i think james plays his part well but the whole film for me was just underwhelming, and i was really confused by the end, i didn't have any idea what had happened haha.

also, not a massive fan of sugar & spice!
My roomate for next year and I want to have a James Marsden cutout on one side (mine) and a Zac Effron one on her's. Does anybody know if a James Marsden (pref Corny Collins) cut out exists?
I heard somewhere out there, there is an mp3 of James singing "Ain't that a kick in the head" Anybody heard it yet?

Totay I was looking through old mags and in the July 06 issue of Bliss [UK] James Marsden was in!!!!

Quickpost this image to Myspace, Digg, Facebook, and others!

Did anyone catch him on the Kid's Choice Awards tonight?

I think when I posted my intro here a while back I mentioned something about how I would really like to see Gossip, but was unable to find the dvd anywhere in my town.

Well. Imagine my surprise when I open up the tv guide the other day & notice that its going to be on tv tonight.
!
I almost wet myself [well, not really, but i was that excited].

Considering it is on at midnight Im really hoping its worth staying up for.
Yes/no?

Wowwwww yeah, I saw the movie last weekend.. not usually into mob movies but this was good.. Giovanni Ribisi, James (of course) and Brad Renfro were superb in it... (plus James was so cute in Bella Mafia ... anyone see that old TV movie? lol..) Anyone else see 10th and Wolf yet?

Anyway, don't know why i didn't think of it before but the 10th and Wolf official site has got a LOT of nice NIIIIICCCEEEEE James pics :)
http://www.10thandwolf.com

There IS a bit of a SPOILER warning.. some of the pics give away a little bit of the movie if you don't wanna know...

and just to get a bit of taste for the DOZENS AND DOZENS of pictures....... 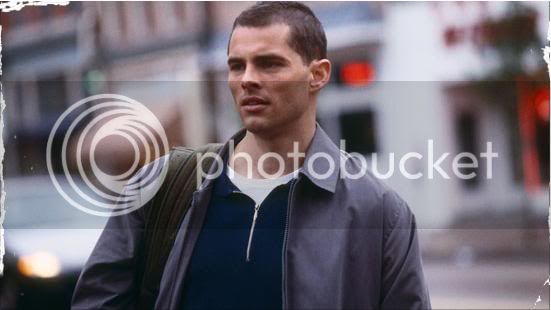