_got_guitars_! For all those who love to play guitar, I am absolutely delighted to invite each and everyone one of you who are interested in learning or teaching music to livejournal's fastest growing and most helpful music learning community! This is a new community and I hope you will all join. Your talent would be a great asset to our magnificent community growing each day. I hope to see you all there:

This community is for all of you who appreciate guitars.

In this community you can:
- Post high-quality pictures of guitars/amps/effects you like. (but try to avoid posting pictures from the manufacturers site)
- Write about your own experiences and share thoughts.
- Post audio-clips with sound samples.

well im a bit bored so im going to start this
post a pic of yourself, and your guitars. yeah! how fun
im like uber bored.

theres already 1 of me below but heres another 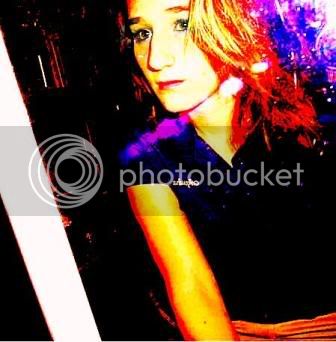 these are my guitars.

I have a Johnson Acoustic and thats it... I want another one for christmas o well. so yeah just wanted to say hi sooo HI!

I havent gone on lj in forever. so i jsut decided to see what was going on with the community
well next year i will be going into my classical guitar class at school. im going to be the only girl in the whole class of 17 boys. i guess that could be a good or bad thing.so thas kinda crazy, but my teacher is a major sexist so ive got my work cut out for me.

and these are my guitars

Hey. My name's Dann and I found this community and thought I'd check it out. I just started learning guitar a few months ago. I've got a Fender Strat and a Gibson Epiphone accoustic guitar. I'm pretty happy with them both. What kind of music do yall play?
love towards my guitar.. and that chik up the road ;) mmm =)

no ones posted for awhile, n maybe if i do... many will =) C'MON PEOPLE.. FOR YOUR GUITAR.

Hey guys! you may remember similar posts that look a lot like this one. I am writing to inform you that my new CD is out! Unlike the first, this album strongly reflects my music style. The CD is titled, "My Famous Year." You can check out song samples from the CD on my website, www.alexwatsonmusic.com  If you're in to acoustic/rock music then you will throughly enjoy this album. for a full length album,  it is being sold for a very cheap price. and you can also get both cd's and a sticker for a great deal. I hope that you get the time to swing by the site and check it out. Thank you guys for all of your support!

Playing guitar is like, the best thing ever... i dont know what id do without my guita - prolly buy another one.
I play me electric guitar. its a fender squier strat... em, its old and boring... OH HOW I WISH for a gibson.

You and I in a little toy shop,
buy a bag of balloons with the money we've got.
Set them free at the break of dawn
'Til one by one, they were gone.
Back at base, bugs in the software
Flash the message, "Something's out there."
Floating in the summer sky
99 red balloons go by.

99 red balloons floating in the summer sky.
Panic bells, it's red alert.
There's something here from somewhere else.
The war machine springs to life
Opens up one eager eye.
Focusing it on the sky
As 99 red balloons go by.

99 Decision Street, 99 ministers meet
to worry, worry, super-scurry.
Call out the troops now in a hurry.,
This is what we've waited for
This is it boys, this is war!
The president is on the line
As 99 red balloons go by.