"Messi has made me a better footballer"

David Villa (Tuilla, Asturias; 1981) came to Barcelona a year ago and reinvented himself as a striker. He stopped being center forward and learned to play on the left side, in Leo Messi’s shadow. He is the top goalscorer for the Spain NT (49 goals) and tomorrow’s game against Scotland will be his 80th with La Roja.

ÉRIC ABIDAL: I AM NOT AFRAID

THE SCAR OF THE WARRIOR
by Riccardo Romani, photos by Antoine Doyen shamelessly downloaded from tumblr cos my scanner sucks

Two months ago at Wembley stadium he lifted the Champions League trophy while wearing his Barcelona shirt and the captain’s armband his teammates gave him. Two months before that, he was diagnosed with liver cancer.

XAVI: "BARÇA IS THE BEST CLUB IN THE WORLD"

There are some players who don't need a formal introduction and Xavi Hernández is one of them. He's the best midfielder in the world and the player who played more games in the history of Barcelona.

K, so, in Aussieland we have a weekly (fairly well-respected) TV show called The World Game which talks about... well, you only have one guess, really.

The week just past, Craig Foster (big name in Australian soccer, former player, critic, commentator, chief analyst, etc.) had an exclusive interview with our very own Maxwell, and they have the video uploaded onto their website.

I don't think the video has an embedding option, so you can see the interview through this link here!

Craig Foster chats with Barcelona defender Maxwell about his time with the La Liga champion, playing with some of the world's best footballers, being coached by Pep Guardiola and the Brazilian national team.

And yes, it's Maxwell speaking English. Hoorah! \o/
(note that for some reason, the video shows up on my Safari browser but not my Firefox browser, but that might just be my Firefox being a bitch)

(They mentioned some other "exclusive interviews" with other Barcelona players(!!!) for next week's show, soooooo... stay tuned, y/n? :D) 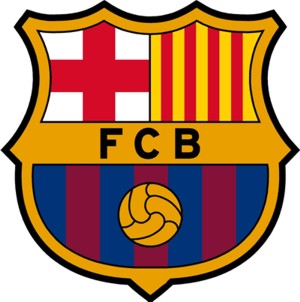