Hi all, I'm new here and hope I'm not stepping on anyone's toes, but I enjoyed last night's game so much that I wanted to initiate a discussion with a few observations.

ITP DISCUSS HOW INIESTA COULD HAVE WENT AND GOTTEN HIMSELF INJURED.

bonus points for creativity and hilarity, this is supposed to be a fun lighthearted post as we all know our midfield is the most wonderful and absolutely flawless, no matter who plays or doesn't ok <3 <3 <3 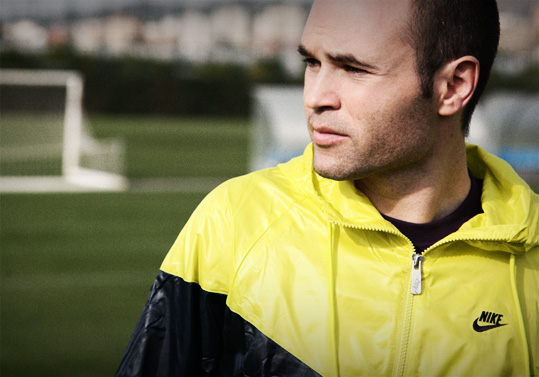 ASDKHLFLJD I'm so happy and so excited for him!

I believe a CONGRATULATORY GIF PARTY is in order! Sorry guys because I have no idea how to make those small pictures with tweet extracts, but you totally have to check Andresitos twitter. Out boy decided to learn english and practice it with people on twitter! How cool is that!

Here is a link:

I SERIOUSLY CAN'T WAIT FOR MONDAY. MODS WILL WE HAVE A POST SO WE CAN HAVE A COMMUNITY VIEWING TOGETHER? :D

Over the weekend, I picked up Football+ magazine (Australian-based, thus all the hubbub about Australian football):

There was an article about Barcelona football's influence [on Spain's World Cup win] (AKA Sid Lowe fanboying over Barça) and a fair bit about La Masia, and I thought I'd share it here. Basically it's a whole lot of fanboying, which I'm sure we can all relate to. It's fabulous. :')
Here is the article!

[And here is a bit more about La Masia, belonging with the same article. Crybaby Iniesta! Awwww! :')]


Source: Football+ magazine
Words: first article, Sid Lowe; second article, Matthew Hall.
Disclaimer: Any spelling/grammar mistakes are probably mine, and I apologise. Any factual mistakes, however, are not, so please write to Lowe or Hall if you have a bone to pick. XD
Edit: Fixed a few of said [embarrassing] spelling errors, although I might've still missed a few. Please let me know if you see anything! :)

There are also two articles as part of Football+'s "Our 10 Men of 2010" feature, which, among others, covers Iniesta and Messi separately. For Iniesta, they fanboy (it's Sid Lowe again, jsyk) and talk about his humbleness and his hero-status, and they somehow incorporate Star Wars into it, idek, it's both hilarious and a bit confusing. For Messi, they talk about... well, they just fanboy over him. They take ten achievements of his and talk about Why He Is So Fabulous. :')
Would you guys be interested in reading about them? If not, that's cool. :) If so, should I smush them into the one entry, or separate them? (they are rather long articles, ftr)

Congrats to the players and F.C. Barcelona!


Also, the contenders for FIFA World Coach of the Year for Men’s Football are Pep Guardiola, José Mourihno and Vicente Del Bosque.
Collapse