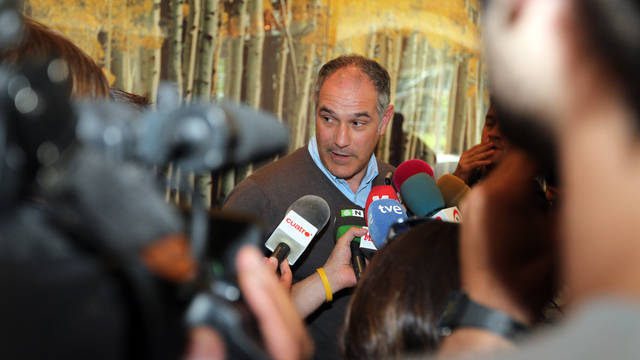 This is how the current generation of culés see Andoni Zubizarreta, as a man behind a desk, or a microphone, speaking about a club so dear to all of us.

But this is only a small portion of the larger portrait of a legend, of a man who has given his everything to two clubs and his country. Zubi is a myth to be cherished and never forgotten.

This is a U-21 (Bojan, Jeffren, Miño, Thiago and Montoya) post. Pedos wander off plz.
( Collapse )

The Dutchman, son of Moroccans, has become a hero among young Berbers after he wore the flag of the Amazigh nation on Sunday for the Champions League celebrations with FC Barcelona .
Afellay, born in Holland and son of Moroccan immigrants, has never kept it a secret that he feels part of the Amazigh nation. The Amazigh, or Berbers, are a people of North Africa who live in parts of the states of Morocco, Egypt, Libya, Algeria or Tunisia. They have traditionally been a nomadic people who lived in the desert, but for decades now they have also started living in a sedentary way in different areas such as in Alhucemas, the north of Morocco, the Ibakuyen region, where the parents of the football player were born. This area, located near Melilla, has always had a great Amazigh presence. The Amazigh are a nation without a state who fights for the recognition for their language and identity in states where they haven't always been given any rights.
( Collapse )
Collapse