An Ibi post. This time about a different attribute of his.

The Dutchman, son of Moroccans, has become a hero among young Berbers after he wore the flag of the Amazigh nation on Sunday for the Champions League celebrations with FC Barcelona .
Afellay, born in Holland and son of Moroccan immigrants, has never kept it a secret that he feels part of the Amazigh nation. The Amazigh, or Berbers, are a people of North Africa who live in parts of the states of Morocco, Egypt, Libya, Algeria or Tunisia. They have traditionally been a nomadic people who lived in the desert, but for decades now they have also started living in a sedentary way in different areas such as in Alhucemas, the north of Morocco, the Ibakuyen region, where the parents of the football player were born. This area, located near Melilla, has always had a great Amazigh presence. The Amazigh are a nation without a state who fights for the recognition for their language and identity in states where they haven't always been given any rights.
One of the symbols of Amazigh is their flag, the one Afellay wore during the celebration on Sunday at the Camp Nou. The flag (blue, green and yellow) was passed by the Amazigh Congress years ago, as the Berbers had no symbols. Their other symbol is their language. The Berbers have traditionally spoken languages ​​of the Berber branch. The word Berber comes from the Latin word barbarus (barbarian), while the people themselves call themselves Amazigh (a free person).
Afellay, who each summer returns to the villages where their parents were born (his father died when he was young), and speaks Tamazight is a hero to many young people of this nation. They are the ones that have been quick to point out his gesture on the Internet. Afellay has even helped build a football pitch in Alhucemans to help young people younger in a region with much unemployment.
Here's a couple of pics where you can see him with the flag: 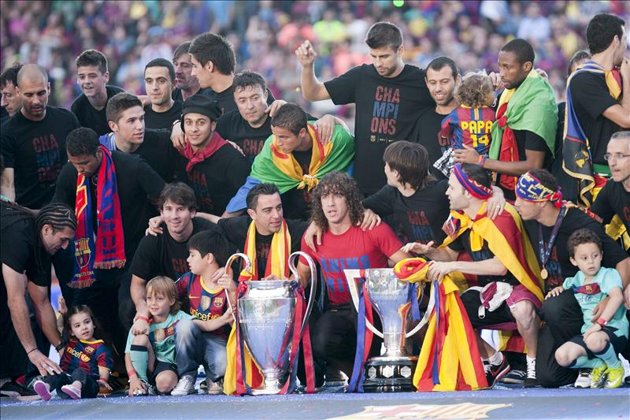 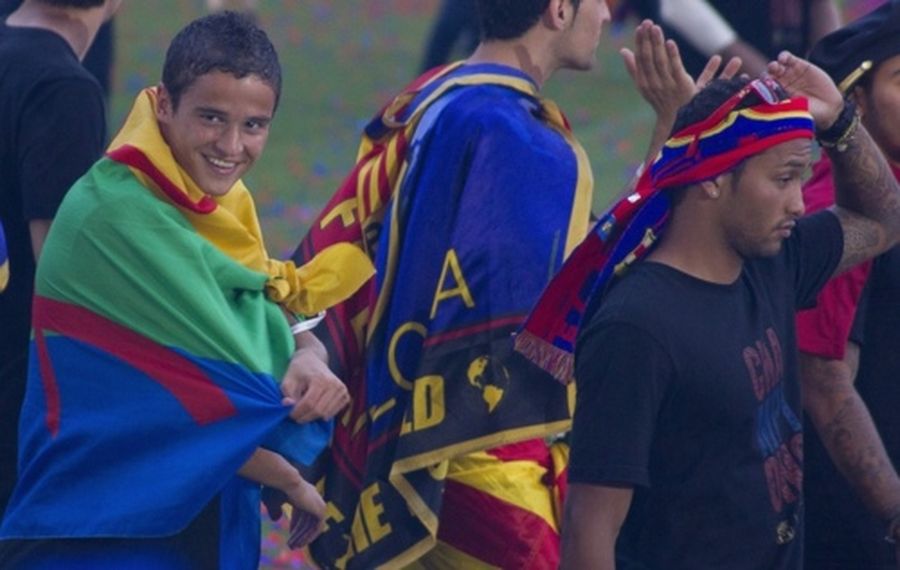 And here's a video where you can see him too, while Piqué is trolling in his speach:

My reaction when i read this and how flawless this man is: