So, what is this about?
La Diada de Sant Jordi (Saint George's day) is one of the most important festivities in Catalunya, Sant Jordi is our patron saint, and it's also the lovers' day in Catalunya (we do not celebrate Saint Valentines).

When did the tradition to celebrate St. Jordi's Day start?
This tradition started in 1436 and it states that couples give each other a red rose (blood-red). Usually is the boy that gives the girl a rose and the girl gives the boy a book (yes, yes, yes, gender equality, blahblahblah, boys giving a rose it's a tradition that comes from the XV century so don't you dare. It's super exciting. And you always have the option of skipping and just go for the books part.).

some roses ready for Sant Jordi. They usually put a wheat spike with the rose)
Where did the rose and book-giving tradition come from?
Saint George died on the 23rd of April and the gesture of boys giving girls a red rose comes from the  legend of Saint George and the dragon:

“Once upon a time there was a very beautiful village where people were very happy. However, one day a terrifying dragon settled in their lands. He destroyed all their fields and eat their animals and nobody knew how to solve their problem. The council met and they decided that to soothe the beast they would offer as food a young girl once a year, but since they couldn't find volunteers, they organized a draw.
One year the draw decided that the King's daughter was the chosen one. She was a very smart, kind and beautiful girl so many villagers offered to take her place, but the King, who was a very fair man didn't accept it and made her go meet her terrible destiny with the dragon.

And so, the princess left for the cave where the dragon lived. When she was almost on the entry, all of a sudden a knight riding a white horse and wearing a very shiny armor appeared!

-Leave! Leave young knight, because here lives a very dangerous dragon that will eat you if he sees you! -Said the princess.
The knight then looked at her and told her -Don't worry, princess, I am here to protect you! I've come from far, far away to kill the dragon, save you and liberate your village from the terror of the beast!

He almost didn't have time to say this that the dragon went out of the cave. The knight and the monster started fighting until he cut the dragon's neck with his sword. From the blood that came out and fell on the grown a rosebush with beautiful red roses grew. The knight cut one and gave it to the princess. They both returned to the village and the king offered the knight his daughter to thank him for having saved her and the village, but the knight declined because he had to continue saving those in need.” 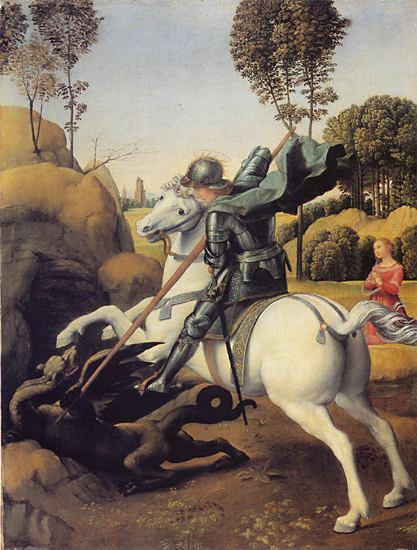 (image of Sant Jordi killing the dragon by Rafaello)
And this is why the tradition of boys giving girls a red rose started.

The 23th of April it's also the International Book Day since it's the day both Miguel de Cervantes and Shakespeare died. However this is a much modern tradition that started in 1926.

This day is the second day of the year (after the Catalan National Day, on the 11th of September) where us Catalans claim the importance of our identity. Many people put senyeres in the balconies, usually the roses include it somehow in the plastic or with a bow and we celebrate our culture and heritage. Given that our National Day it's not a celebration but a commemoration of when we were defeated by the Spanish in 1714, this day we do celebrate.

Everybody is on the streets that are full of tables (like if it was a market) where people sell roses and libraries sell their books. Many authors from all around the world come so you can ask them to sign their books. At schools they usually organize writing contests too.
It's one of the most beautiful and special days of the year for us. 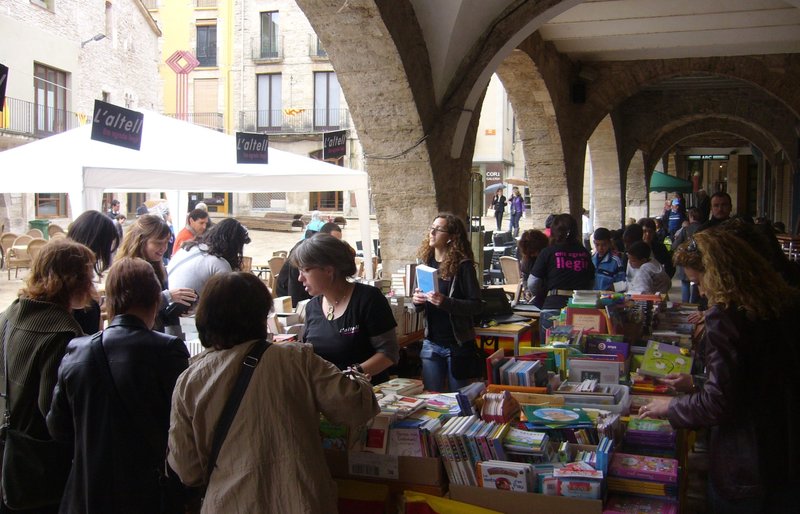 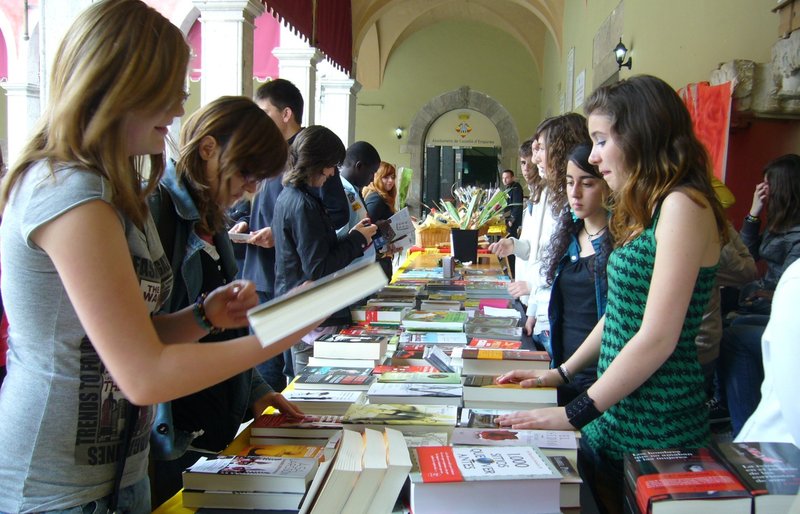 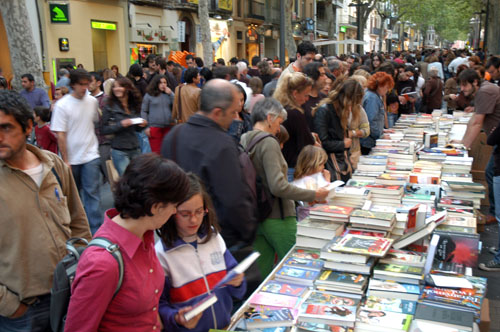 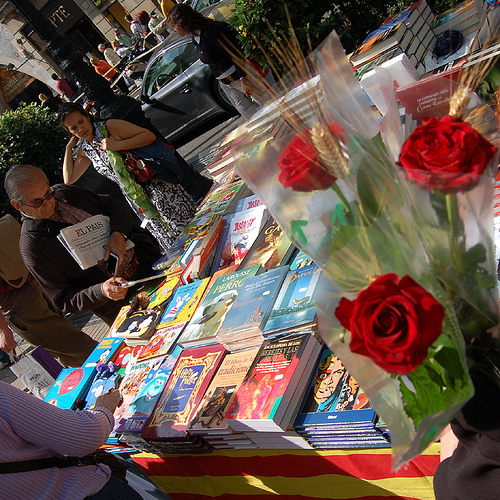 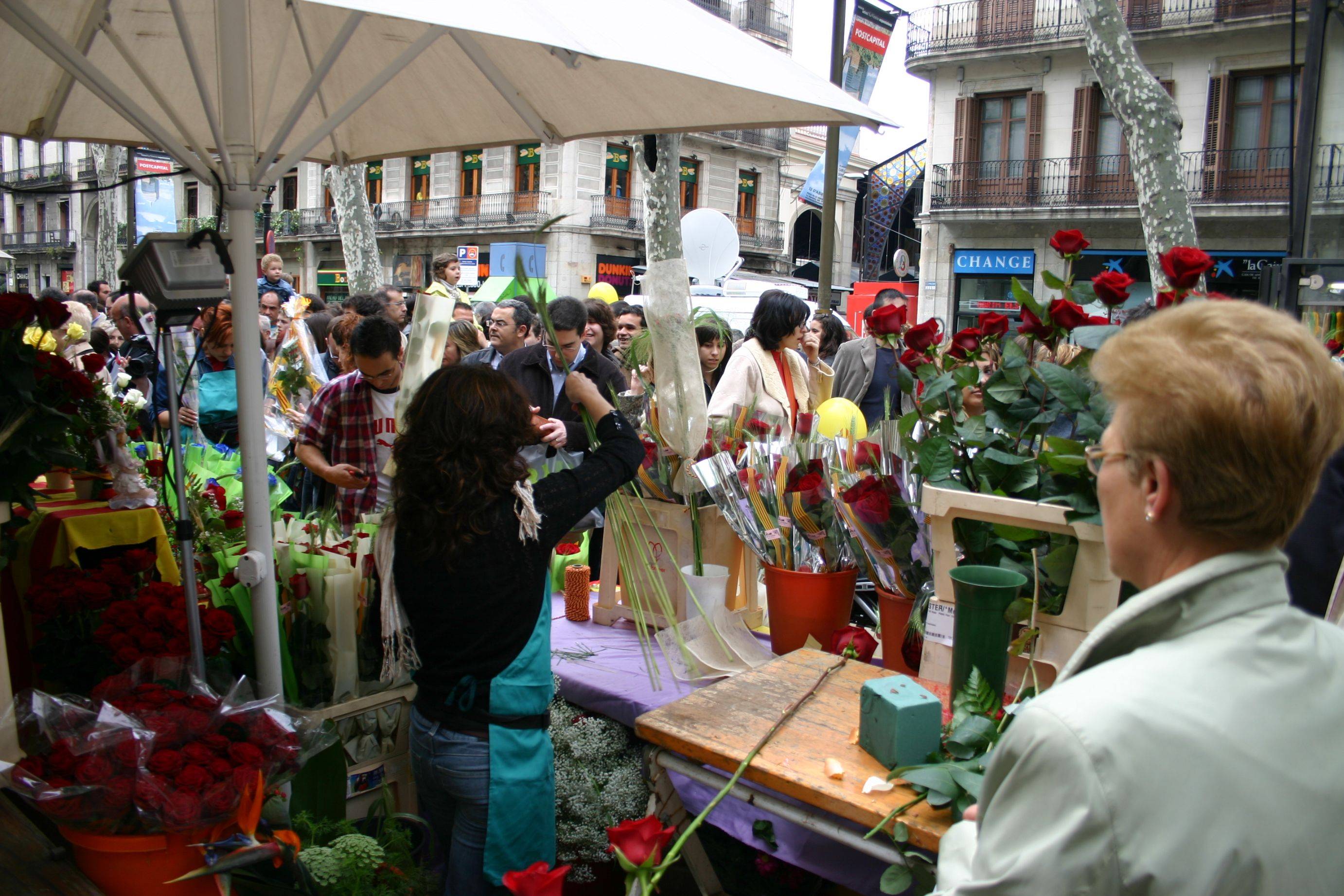 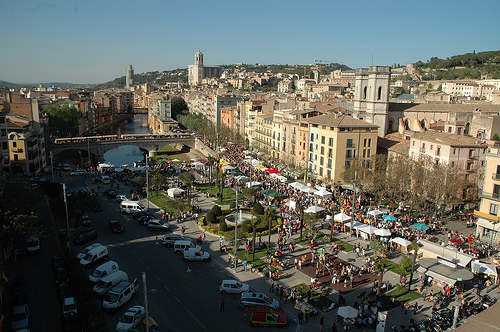 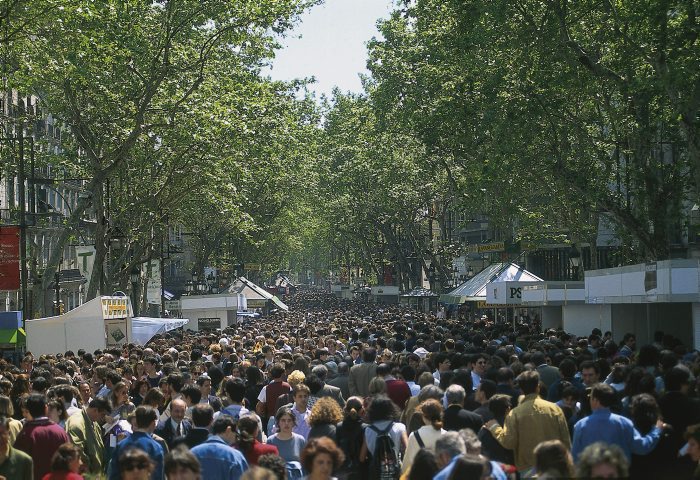 So, now that you know what St. Jordi celebration is, we want to invite you guys to celebrate it with us :-)

Obviously we will not be exchanging hard copy books but, rather we will recommend each other books and maybe exchange e-books if available.

If you want to participate this is how to do it:
1. Fill out the form below
2. We will do a raffle and pair you up with someone and on April 23rd we will make a post for you guys to exchange the books. That way, each person will get one book from one other person.
3. PLEASE DO NOT RECOMMEND THE BOOKS NOW. We will pair you up with someone :-) Think of this like Secret Santa.

Questions for everybody that wants to participate to help chose an adequate book for them:

If you know any good sources for e-books just drop the links in the comments!

wannabeinsicily and nothing is me, so thank her for the amazing writeup on St Jordi's Day!

Comments for this post were locked by the author