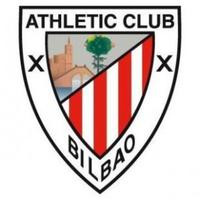 
Coming off of a loss to eleventh place Mallorca, Bilbao will be ready to fight for a win tonight. They're only one point ahead of Espanyol (38, and 37 points respectively), and seven off of Villareal (45), who hold a coveted Champions League play-off position. With only four participations in the CL, they are gunning for a fifth, their first since 98-99. Llorente is their top-scorer with 13 goals, adding to a team total of 40. So far this season, most have come in the first and last fifteen minutes when the opposition is still settling in and then tiring. They will be missing Ibai Gomez and Jon Aurtenetxe due to injury as Carlos Gurpegi returns from suspension.

Barcelona are coming off of a draw 1-1 to Sporting after internationals week, still holding on to first with 62 points. Real Madrid have narrowed the gap to 2 after a 2-0 win over Levante last night. After the midweek Champions League defeat to The-Club-Which-Shall-Not-Be-Named, they will be out for blood and Bilbao could end up their victims. Puyol and Jeffrén remain sidelined with injury, leaving the captaincy to Xavi, center back to Milito, and one substitute short at forward.

Bojan Krkic was interviewed on the Barça TV programme ‘Estació Camp Nou’ and he admitted Guardiola’s `positive influence on him and expressed his confidence in being able to get more minutes on the pitch.