"oh, you analyze everything out of existence. you'd analyze me out of existence but I won't let you. love isn't so simple, ninotchka. ninotchka, why do doves bill and coo? why do snails, the coldest of all creatures, circle interminably around each other? why do moths fly hundreds of miles to find their mates? why do flowers slowly open their petals? oh, ninotchka, ninotchka, surely you feel some slight symptom of the divine passion? a general warmth in the palms of your hands, a strange heaviness in your limbs, a burning of the lips that isn't thirst but something a thousand times more tantalizing, more exulting, than thirst?"

_@_v - from the wikipedia article on snails

In addition to being a common metaphor for a slow person, the snail is traditionally considered in many countries to predict the weather with its behaviour. In Finland this has led to a rhyme, where the snail is asked to show his tentacles. If the snail wears his "horns" high, tomorrow will be fine weather.


Snail is also the name of the Ultimate Frisbee team for the State University of New York at Geneseo.

A snail can withstand the force of air at over 75 Mph (120 km/h) whilst still being able to move across the bonnet of the moving vehicle at the same time.

Q: What as the snail doing on the highway?
A: About 5cm an hour.

A wife and her husband were having a dinner party for all the major status figures in Rome, Italy. The wife was very excited about this and wanted everything to be perfect. At the very last minute, she realized that she didn't have any snails for this dinner party, so she asked her husband to run down to the beach with the bucket she was handing him to gather some snails. Very grudgingly he agreed.

He took the bucket, walked out the door, down the steps, and out to the beach. As he was collecting the snails, he noticed a beautiful woman strolling alongside the water just a little further down the beach. He kept thinking to himself 'Wouldn't it be great if she would even just come down and talk to me.' He went back to gathering the snails. All of a sudden he looked up, and the beautiful woman was standing right over him. They got to talking, and she invited him back to her place.

They were at her apartment a ways down the beach, and they started messing around. It got so hot and heavy, that he was exhausted afterwards and passed out there.

At seven o'clock the next morning he woke up and exclaimed, 'Oh no!!! My wife's dinner party!!!' He gathered all his clothes, put them on real fast, grabbed his bucket, and ran out the door. He ran down the beach all the way to his apartment. He ran up the stairs of his apartment. He was in such a hurry that when he got to the top of the stairs, he dropped the bucket of snails. There were snails all down the stairs. The door opened just then, with a very angry wife standing in the door way wondering where he's been all this time. He looked at the snails all down the steps, then he looked at her, then back at the snails and said: 'Come on guys, we're almost there!' 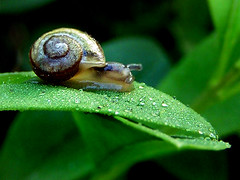 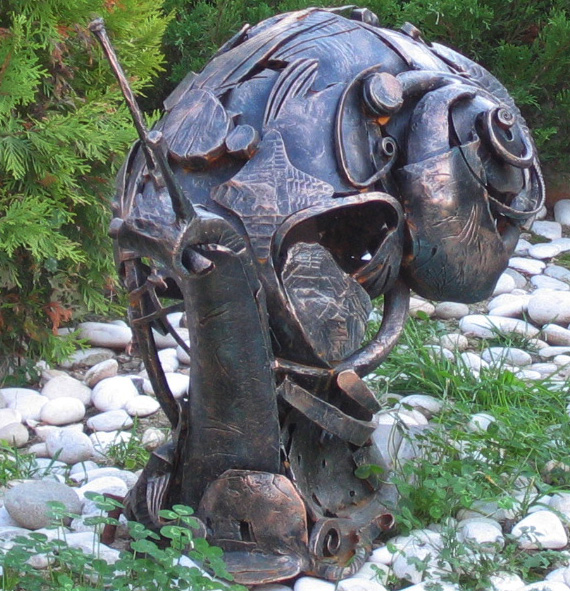